What is the Christian Reformed Church?

The Christian Reformed Church is a denomination of about 970 churches in the United States and Canada, with close to 290,000 members. Its head office is located in Grand Rapids, Michigan. As part of the historic Christian Church we subscribe to the Apostles’ Creed, Nicene Creed, and Athanasian Creed. As Reformed Christians, we also accept the teachings of the Heidelberg Catechism, the Belgic Confession, and the Canons of Dort. These historical documents are summaries of the truths which are taught in the Holy Scriptures. In addition, the Christian Reformed Church in North America ascribes to the Contemporary Testimony, a statement of faith in today’s world.

What is our History? Tracing our path back through the centuries…

The roots of our tradition go back to the Protestant Reformation. The teachings of one of the reformers, John Calvin, took hold in the Netherlands and became the basis for the Reformed family of churches. Dutch immigrants to the United States formed the Christian Reformed Church at The Pillar’s Church in Holland, Michigan in 1857.

Of course, the Protestant Reformation did not just appear out of a vacuum. We understand the history of the Roman Catholic Church to be our history until the 16th Century. We respect the teachings of the great minds of the Church such as Augustine, Anselm and Aquinas.

All Christians can trace our history back even further to the early Church, from the time of Jesus to the separation of the Eastern and Western Church.

We learn from the Early Fathers and their work as they hammered out the theology of the Ecumenical Creeds (the Apostles’ Creed, Nicene Creed, and Athanasian Creed.)

Therefore, at Sunrise Church we identifying ourselves with the Church of Christ across the centuries, Catholic and Protestant, living and dead, with all of its blessings and curses. Those who belong to Christ, belong to us and we belong to them. 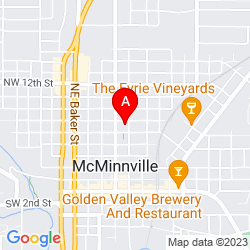 Join us this Sunday for Worship!

Worship: Sunday at 10 AM

Our Vision Statement:
Our vision is to invite friends to grow in faith with us as God’s community of grace.